You Are Here:
Home
/
Amazigh opening its doors soon in Mirdiff, City Center!

NORTH51 has BIG NEWS for you! Who doesn’t LOVE Moroccan cuisine? We know we do!

Here’s a small behind-the-scenes teaser: Our new project “Amazigh”, a modern Moroccan cuisine is coming to life sooner than you expect in Mirdiff City Center. And we’re going to let one more little secret slip out: the opening is SOON, grab your calendars and circle March 2022.

A small background story: Amazighs are the oldest inhabitants of North Africa. They differ from other populations by their culture and language (Tzamazight, which has its own ancient alphabet). 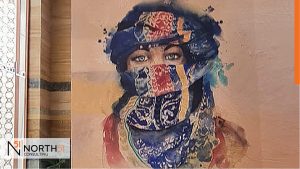 Amazigh lets you delve into a captivating space that celebrates the old and new, tradition and innovation and offer a culinary experience fused with a twist.